- February 07, 2019
About 2 months ago, my hunter was in a major pinch for gold. He was trying to level up his engineering and leatherworking professions. In addition, he was trying to keep his gear enchanted and gemmed for the (no-commitment) guild's casual raid. With all those expenses, he simply couldn't keep up. Enchants missed, cheap quality gems used, and no-food or flask buff throughout the raid.

That's when he came up with this sure-fire way to make gold fast in the game. It does not require any marketplace skills or persistence. No need to install, configure special add-ons (but TransmogCleanup helps!) It just needs a max level toon (preferably one with a WOD garrison hearthstone) and either a vendor mount, large bags or patience standing at the mailbox.


Firelands
This level 85, Cataclysm expansion raid consists of 7 bosses arranged around a large arena. I like this raid because you can mount up for all but the last boss.

Step 1: Hearth to your faction capital (Orgrimmar, Stormwind) then fly over and take the portal to Mt. Hyjal. 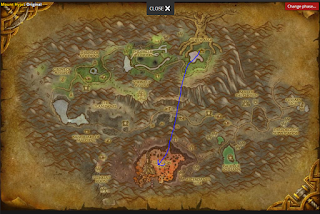 Step 3: Kill and loot everything! I like to mount up and make a clockwise loop (entrance is around 7 o'clock) around the raid. You should be able to aggro everything (except doggies which stun you) and do a simple AOE rotation to take them all down quickly. 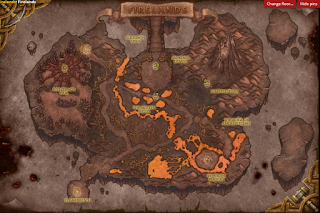 Notes:
While there, you can pick-up:

Blackrock Foundry
This level 100 Warlords raid is easily solo-able at level 120. There are three levels to it (Normal, Heroic, and Mythic) that you can run back-to-back for loot. There are 10 bosses, and while you cannot mount up between them, there isn't a lot maze running.

Step 1: Hearth to your garrison.
Step 2: Hop aboard the taxi to the Iron Depot. You can easily fly here, but why when you can also take a quick snack/bio break here. The entrance to the raid is the portal in this screenshot. 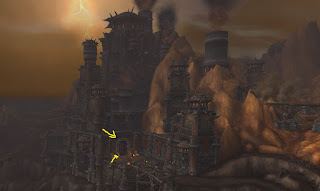 Step 3: Kill bosses (mostly). I don't get loot from trash often, so I've been running passed them recently.

My preferred order is:

Notes: Blast Furnace is the most annoying boss (to solo) in this raid. It consists of damaging the hampers of the furnace until it explodes then killing the elemental inside. To damage the hampers, you must run explosive bundles to the hampers (one on each side). The explosives drop off the engineers. I found if you kill them right next to a hamper, you can click the explosive satchel and the action button a couple of times. ENGINEERS WILL HEAL the furnace so don't try doing both sides at the same time.

Clean-up
After you've completed a raid, your bags (and mailbox) will likely be full. These two raids drop ilevel gear in the 100-150 range. Sell all these soulbound items. TransmogCleanup does a really good job with this as you can set a threshold to sell all items sub 300 (or whatever your equipped gear is). You can also have it NOT sell other items (BOE, Legendary item). I like to pass any crafting materials and BOE items to my bank alt for consideration of selling them on the AH. Lastly, I send over green items to possibly be disenchanted.

Let me know if there are other raids that you like to run for gold? There are 43 (as of 8.1) different raids available. With legacy loot rules taking effect on raids 2 expansions ago, I probably won't be running Legion raids soon (at least for gold). Maybe LFR edition?