Showing posts from January, 2016
Show all

Late Saturday night, I logged on to run Ulduar with my druid (level 100). I thought her combination of healing, and tank would make her a cinch for completing getting Glory to the Ulduar raider . Upon entering the raid zone, a guildie pinged me and asked if they (husband and wife) could help out. They both had the achievement and would be able to help. Sure! Liked music on this video. (Start - Zone in, check raid, 10-man, zone out, change raid to 25-man, zone in, talk to Brann, realized need to talk to Norgannon before!?!, zone out, reset raid, try again) While they got ready, I started the tank fight . On my warlock, this was easy. I was able to DPS down the tank and move on quickly. Some reason, in bear and cat, I could not do take down Leviathan for orbit-uary. I ended up having to bring in 3 of the tanks and quickly hop between them. I ran out of ammo on the second, but the DOT took him down before I could jump to the third. Iron Dwarf, Medium Rare OK, we had 3 peopl
Post a Comment
Read more 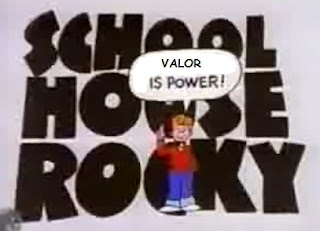 VALOR IS POWER! The outrage over ' Crystalized Fel for Valor' is palpable. Oh No! Casual players are now able to get a 790 ring! LFR players with MYTHIC LEVEL GEAR! Blizzard is making raiding pointless! They are catering to the casual! Unfortunately this attitude is self defeating and will only hurt players more over the next few months. Valor upgrades may be the only way players are able to participate. Here are a two of the suggestions I've read. You just need to do "all 8 mythic dungeons" ( source ) each week. Just need to raid, it's 100% drop rate from Archimonde 1000 Valor is easy to get. Sure, it's easy. I manage to get about 1000 valor each week on my priest while she is running the dungeon events and raiding for her legendary ring. At this time, she is averaging 685 level gear. All her valor points are going to fully maxing out the few 695 (empowered baleful) items and those world boss/shipyard to 715 items. I've spent 2500 va
Post a Comment
Read more

Last night, I ran with a friend's guild on normal Mannoroth. I started with them playing with them as Elkagorasa doing dps, but he was ranking 9:11, even below both tanks.. (/sigh). Blame it on my average gear score being 10-15 points lower than everyone else.  Half way through the night, I swapped to Eride and healed the fight a few times. We still never won the fight, best was 9% down before wipe. To help me out, I have collected a few videos that give some strategies.  Curse of doom, take damage and the curse will disappear. Run to pool in center. DPS/Healer - Don't stand in front of boss. Phase 4 - # of people in ' circle ' [soaking damage during gaze] determine how big the pond will be.  Save lust cooldowns at 35% FatBoss changes the strategy where the raid group stands at the pillar and tanks are in middle. This way you don't need to manage the 'gaze'. People are already grouped together and simply grouped together.
1 comment
Read more 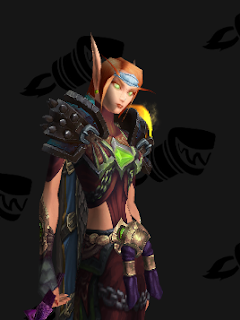 Had the most awesome experience last night running Northrend dungeons. I ran with a pug, which appeared to be 4 guildies (tank + 3 DPS) and me. During the night, we ran through 4 different dungeons (1 of them twice). Out of all 4, we only had one full wipe and a 2-3 deaths. Ahn'kahet - My least favorite of all the TW dungeons. Spiders that fear causing cascading pulls, large room with groups of wandering mobs (before Jedoga ) that also cause cascading pulls. Pit of Saron - Ran this one twice. Lots of wandering mobs in starting area, but biggest complaint was there is a mob that causes a stun. I'd get hit by this probably each fight. The first boss, likes to 'freeze' players so lots of dispels.  The Nexus - Only real issue is the first boss (collection of Alliance frozen in mage ice blocks), is easy for tank to pull entire room.  Utgarde Pinnacle - Our full wipe was in this dungeon. The trash right before King Ymiron. Tank pulled one too many of the group
3 comments
Read more

(started this a few weeks ago, but got on back burner I can't promise it will be a page turner!) Twas the week before Winter Veil and all through the land,  LFR RNG gave me nothing useful, just more gold in hand. For the weekly event I even tried to run some BGs but was unable to "Stay[ing] Alive" (by the BeeGees) Twice, I ran along with a normal raid,  but soon after I joined, no one else had stayed.  We tried and wiped three times on a single boss , then called it a night. Such a miserable loss. Late to the party, so I'd call it a toss. My priest has completed the next phase of her ring.  Now she's collecting hundreds of  fractured things . Moving out of Highmaul, makes her heart sing! One tablet down, still need 600 to bring. Dressed in heirlooms, he's a fashionable twink. During the (11th) Anniversary, I started a hunter. He's a dwarf, and he's quite a punter . His name is Erlenmyer , themed from Scienc
Post a Comment
Read more
More posts