- May 30, 2018
Yesterday, Ythisens posted a question on the WoW forums asking for final impressions on the Mythic+ dungeons.


With Legion coming to a close we thought we might try something a little different and collect some specific feedback on things. While we normally are reading tons of posts you guys make and sharing the details internally, we want to try collecting focused feedback to ensure your opinions are being heard. We're still doing our usual methods but want to see if this can be something we use going forward.

For the first one we're going to try one focused on Mythic+! We want to hear everything you guys have on this feature we introduced in Legion. What you think it does well, what you think it doesn't, ways you'd like to see it go, how did it work throughout the course of the expansion, etc.

Also a friendly note that just because you see it here doesn't mean it will be changed or added - and this topic is not an indication of future feature development.


Mythic+ dungeons have been my staple end-game content for this expansion. I was able to encourage two co-workers to come back to WoW from a decent hiatus to see the revamped Karazhan dungeon, and they stuck around doing mythic+ dungeons with me since then. We've had our ups and downs. We've had absolutely spotless +15 runs and absolutely atrocious +11 runs in the same week. We've had runs were everyone got at least one upgrade and weeks where some of us got absolutely no upgrades (my hunter got 980 mythic+14 titanforged boots and they've never let me live it down). Here's my take on the good, bad and ugly of Mythic+ dungeons for small groups.

Overall, the Mythic+ dungeon process has been fairly pleasant. Add-ons like Raider.IO's Mythic+ scores have helped with pulling in pug'd players. Late in the expansion, we're starting to see people with high raider.io scores, but no skill (IMHO a bought +15 run).  I believe that the 'community' UI coming in BfA may help with this as well. I personally believe that my group's primary reason for not reaching higher keys is group consistency. If we had 5 reliable players, we could communicate reliably, accept some loss to learn the mechanics and everyone profits. Having to fill positions each time, kept us from exceeding +14 comfortably.

Some affixes are absolutely unpuggable, especially without voice communication. This week's affixes have me cringing with Explosive + Teeming + Fortified. More Trash and More Health = More Explosive Balls. This goes back to a reliable communicative group. Without everyone on discord(?) we are limited to calling out on type-chat. I don't know about you, but running from snake vomit and tab targetting and calling out BALLS! in chat is just too much to do.

Mythic+ dungeons are the direct child of challenge mode dungeons from MoP. With the challenge modes, we had direct rewards (achievements, mounts, cosmetic appearances, etc.) for completing a dungeon in a specific time. I'd love to see some of this brought back to Mythic+ dungeons. I feel that the higher level dungeons, require a level of commitment and dedication. They are similar to raiding and could easily have 'similar' rewards. [Keystone Master] rewarding the nice artifact appearance was nice. How about a title 15+ on multiple dungeons? Mount for completing ALL dungeons at 15+? (I request to be carried around by the Curator).

I've been reading the other (22+ pages) of posts and want to provide my opinion on these. 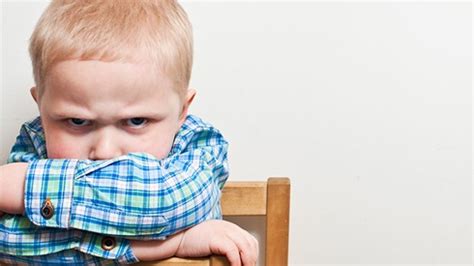 "Mythic+ dungeons should never reward gear higher than Heroic/Mythic raids."
Personally, I would not still be running mythic+15 dungeons if I only got a piece of 915/930 gear from the Tuesday loot box. They are much too complicated to pug solo and the guild group would be in my same situation. I've already started working on other things like leveling an alt, working on taming a few more legion pets and finalizing those mage tower appearances that I still want before BfA.

"I need to run mythic+ dungeons to be competitive in raiding."
That is an option. So was doing PVP back in Warlords. Running 10-man and 25-man raid back in Wrath. These are all gearing strategies that people will exploit if they exist. A mythic+15 dungeon with a good (heroic raid buffed) group should take about half an hour. (what's another 30 minutes on Monday night after your raid?) The MDI shown people running +20s in less than 20 minutes. Honestly, how is this not part of someone's normal rotation? Of course, if they are running Mythic raids after the average player's score reaches 950/960 would be solely based on replacing items with a warforged or titanforged item.

If you are LOOSING people from the raid group, because of Mythic+ dungeons?

"Mythic+ dungeons led to a heroic dungeon go-go-go mentality."
One must not forget that this is the end of the expansion. Most players in 930 gear could solo a mythic 0 dungeon (I just tamed Fenryr, remember?). Heroic dungeons are a step lower in difficulty and item drop levels. The ONLY reason I am running a heroic dungeon at this point in the expansion is for the 20-30 wakening essence rewarded at the end. AP, Legendary drops (so very rare), and loot are all but pointless. A heroic dungeon rewards, what 1 billion AP(?). I get more from my class hall quests. The loot is all sub-880 gear, aka vendor gold. The extremely rare chance for a legendary drop isn't worth it personally.

"blah blah class balance blah blah"
We experienced this. Our healer spun up a new toon for Legion as a mistweaver monk. He had a lot of fun for most of the mythic dungeons, but never felt well equipped. He ended up boosting a resto shaman. He had raided as resto shaman back in Wrath(?) so this was an easy transition. He felt the AOE heals of the shaman were easier and more useful in mythic+ dungeon situations.