Over the weekend, marked the start of Hallows End. The holiday that has for 7 years failed to drop the flying horseman's mount for any of my max level characters. This also marks the first event with the new balanced loot drops as promised by:

With this I ran through Horseman's on all my 90's until they each picked up their appropriate ring ( Warlock, Priest, Druid). Now I need to run through a few more times, because I'd really like to get one of the new pets, like the Curse Birman (curse siamese) or Widget (ghost tabby?), only need 150 candies (each).

Update: 10/21 12AM - If you are leveling up a toon using heirlooms, don't forget about the Wickerman buff, Unburdened / Grim Visage. This buff can be picked up by throwing a piece of embers on the Wickerman. Undercity/Stormwind have a wickerman immediately outside the city. I don't know if  it sticks around while logged out.

Healing in Horseman's was absolutely painless. I am not sure if it was the dungeon(?), the recent respec and re-gem, or maybe the fact that the horseman's fight is only 30 seconds long.. :) It does give me hope again that healing another dungeon won't be as dreadful as before. I think I will run a heroic MOP dungeon before hand though..

Honor Hold?! Remember... it's the first Alliance inn in Outlands. Around this Alliance castle I've been leveling up my skinning and think that I am close to finally catching up with the required level to skin in the dungeons. The leveling guide has been quite useful. I've been sticking closely to each of the areas, except for 260-300 zone. I found that the Burning Steppes (around Dreadmaul rock) to be close enough in level, within a single flight path from Stormwind and plentiful of wolves and dragonkin. 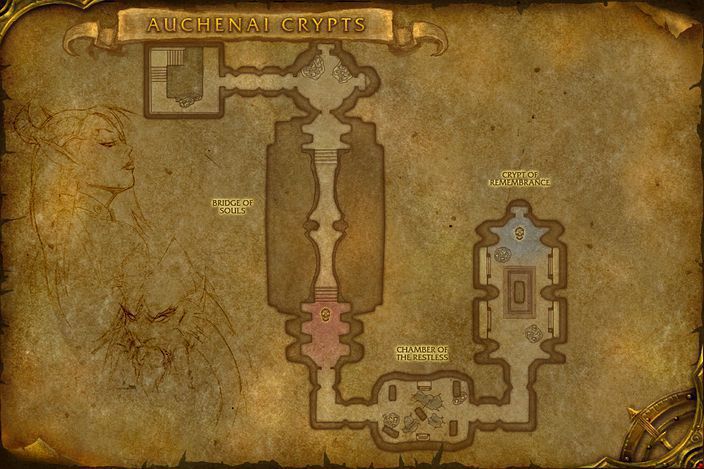 OMG, Outlands dungeon bugs! I tanked Auchineai Crypts on my alliance druid (was level 65) and ran into the bug. Each trigger, the dungeon resets and puts your entire group back at the beginning. (sort of looks like you've been kicked, but still in group, then need to 'enter dungeon' again.) All mobs respawned. The only saving grace was the resets happened a little further along each time; just got up to Shirrak, just got passed Shirrak, just about to Maladaar, and finally we killed him (while healer was dc'd). One complete run through AC and I used up all my 3-days of rested and leveled up to 66.

Overall, a nice weekend. I will be trying to run the HH dungeon every night for the next 11 days.