- August 07, 2019
One of the most exciting mounts to come out this last expansion (personally) is the Model-W. This wheel mount comes in two variants, new and rusty. The rusty edition is dropped from Rustfeather with a 0.5% drop rate. The Model-W is a shiny edition that comes from a fairly lengthy bunch of achievements. I have been working on this achievement on my Alliance Warlock for some time now and thought it was time to look up the remaining portions.

(Note: Comparing achievements with my alts, it appears the meta-achievements are BOA. My son has Making the Mount marked completed, yet hasn't completed the quest chain.) 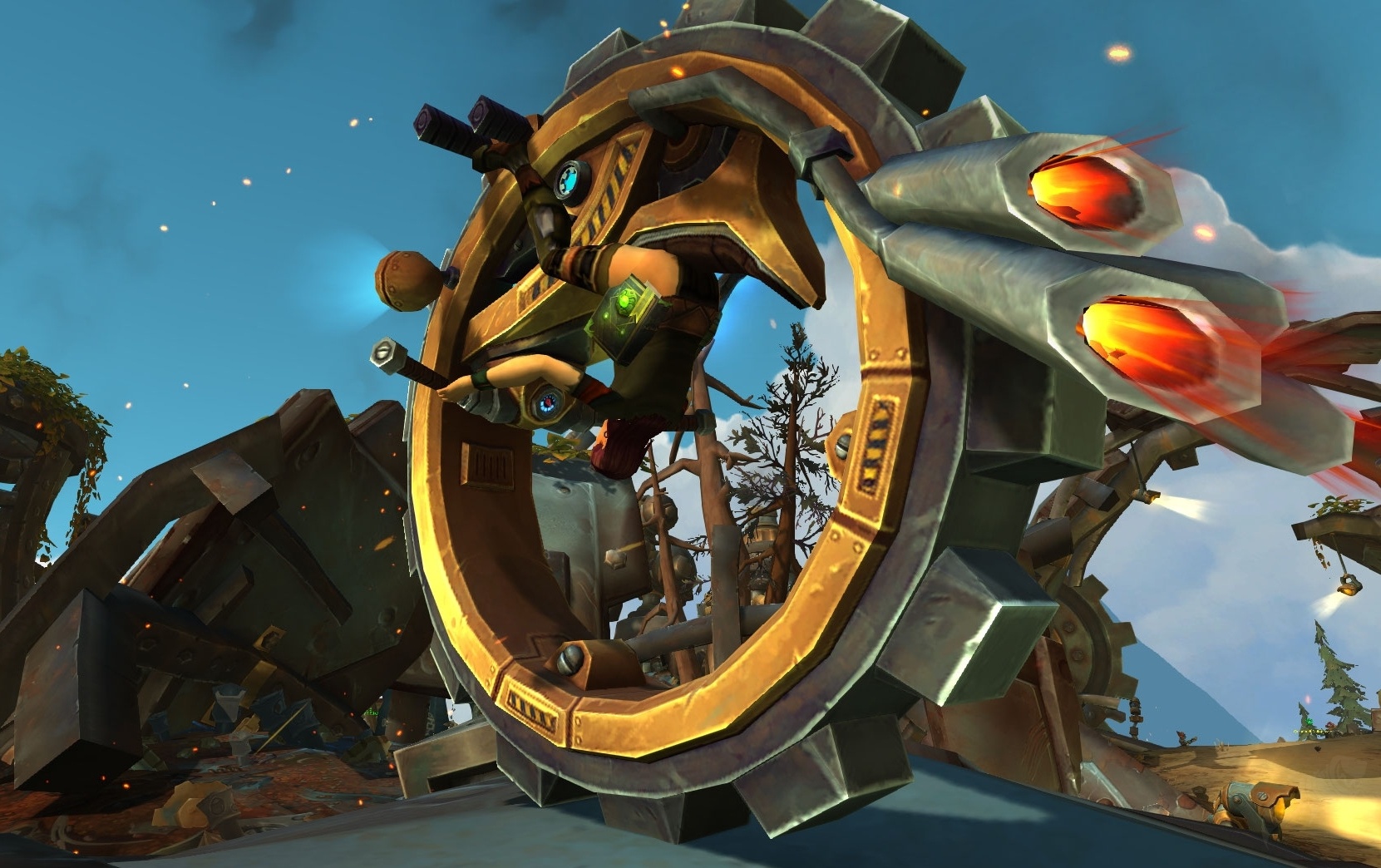 You can find the achievement under:
Character > Achievements > Exploration > Battle For Azeroth

It has 10 meta-achievements included in it. I believe the very first achievement "Unnamed Branch" is from completing the main storyline which concludes with killing King Mechagon in the dungeon "Operation: Mechagon". (update: as soon as I completed the dungeon on Monday, this achievement is now marked completed). 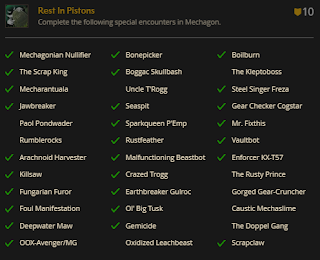 Rest In Pistons involves killing rare mobs that spawn all over the island. These rares can be divided into about 4 different categories; 1 spawn on a timer. 2 spawn during an event or quest. 3 requires the player to 'do' something to spawn it (cast lure, use a quest drop). I have a few of each still remaining.

All of the rares via Wowhead comment (plus my notes): 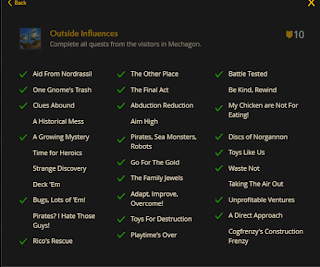 I've done most of the obvious quests for this meta-achievement, found that those that I had remaining are mostly tied to the same visitor. The daily quest "Clues Abound" results in a different follow-up quest depending on the item that you find. (ref by Wowhead user Fyeina)
* As long as you are on the follow-up quest from Clues Abound you can loot the ring from the lurker and the pirate hat from the oil. You don't need to be on their associated quest. I was on Time for Heroics and got the pirate hat and the ring 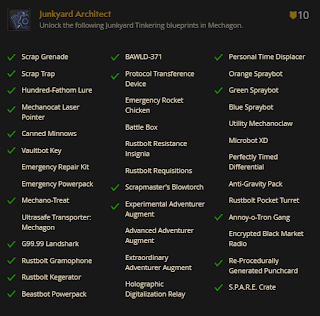 This meta-achievement involves collecting blueprints from various locations around Mechagon. This comment by Clarial is super helpful in outlining all the sources. The ones that I have left include:

This one looks to be best completed during the drill rig or construction project events. They show up on the mini-map as cogwheels. It's definitely going to take me awhile. 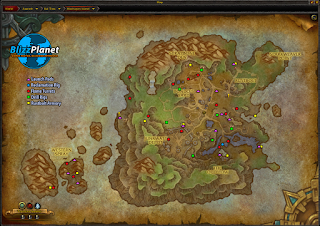 For me, here are the remaining rares: