Busy as a Bee

- May 07, 2019
Last few weeks have been busy. First off with the release of the 8.2 to the PTR, WoWhead has been aggressively data mining the files. We're getting quest chains, the final raid boss of the Azshara raid, new recipes and tons of new mounts and pets to collect.

For me, the biggest thing we found that the Pathfinder 2 mount, won't be the bee mount like eluded to at Blizzcon last year, but the mechanical parrot mount. 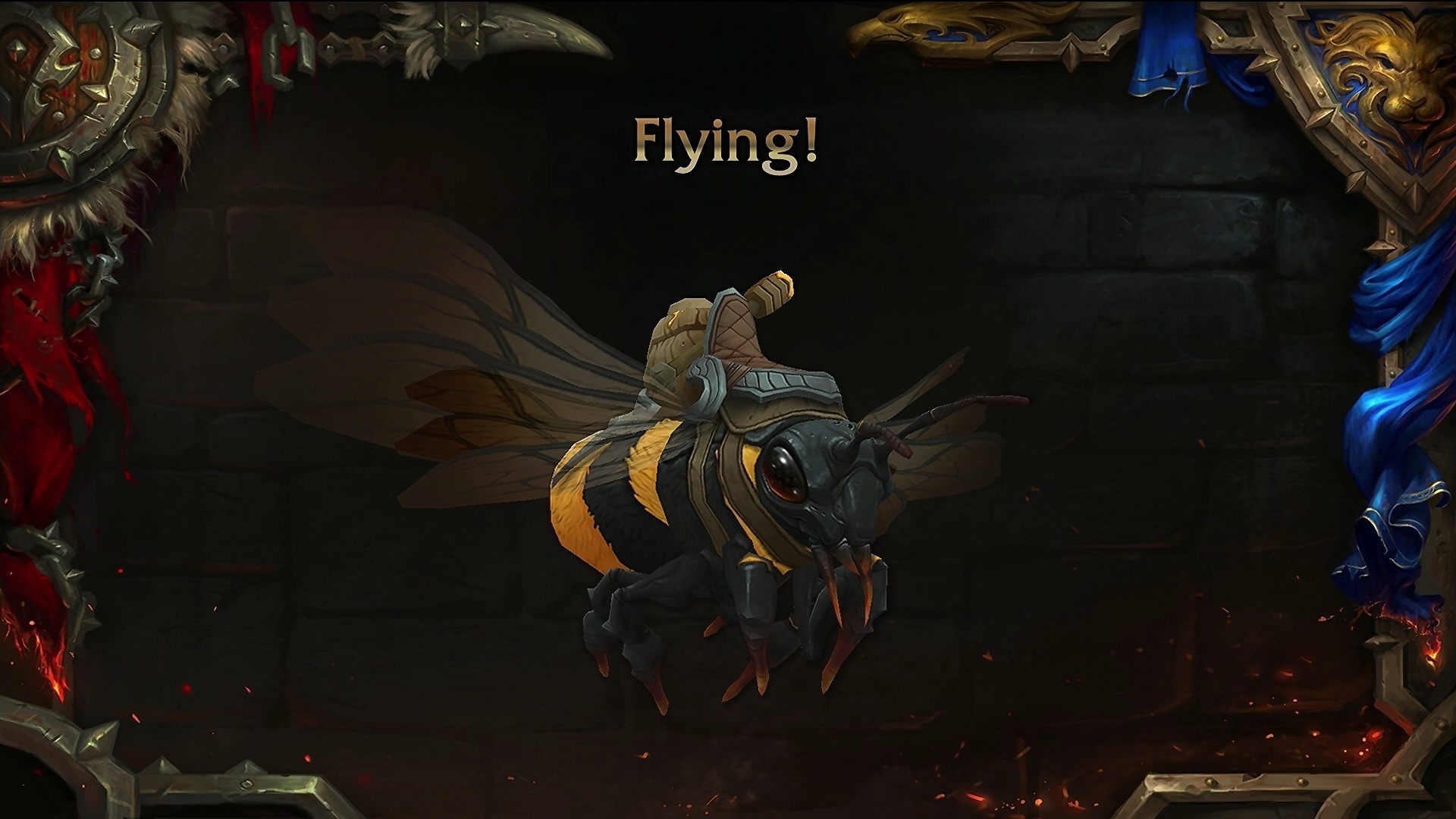 I guess this makes sense. It's a parrot, so that makes it pirate-y (Kul Tirans are wondering does it run on crackers?). It golden, so it's Aztec-ish in nature (thematically Zandaralarian). It's mechanical tieing into the tinker gnomes we'll see in 8.2. In fact, it's just a bigger version of the parrot that carried us un-ceremoniously across the desert. 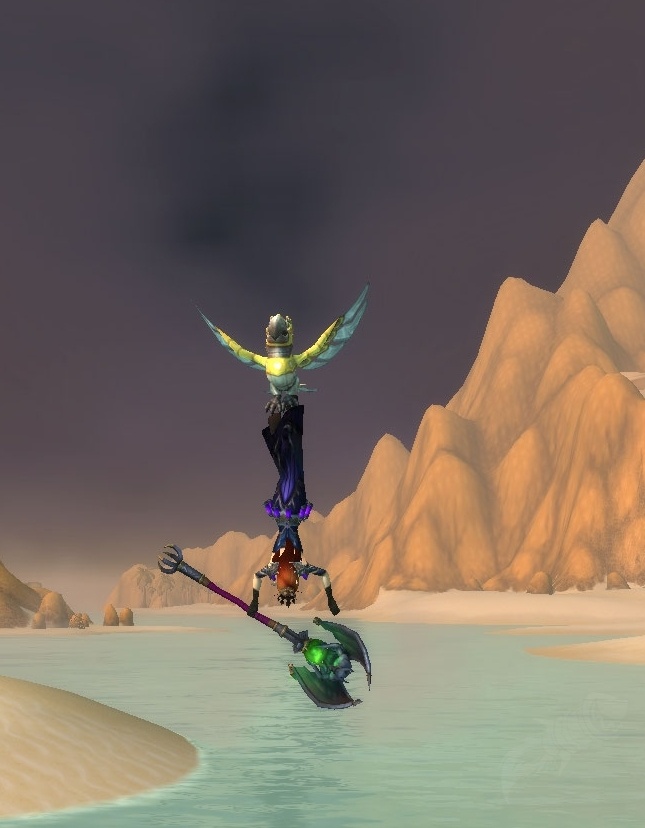 Not all was lost for this glorious mount. Wowhead announced they found a series of quests and a rep grind around the bee mount. The current speculation has the mount tied to a new mini rep-grind. The essential part of these quests appears to be tied to Bumbles.


So I took this as my hint to go grind the honey elementals and animated honey pools until I got the quest item. At ilevel 408, it took my hunter, all of about half an hour to finally get the necklace (round up everything around me, AOE them down). I made probably 2 full laps around the area. The next step is to return the necklace to the mom, who's working in Boralus. She roams around so you need to find her. The easiest way I found was to take the taxi between the locations, spamming a targeting macro. There's a decent macro in the comments for the mom. You'll get a rough idea where she's hiding working. Then run back to that point where you initially spotted her. I found mom working upstairs in one of the buildings. Afterwards, you fly back to Ancel, and help him feed little pet bee 7 times as part of a daily quest. There's an achievement [achievement] you can monitor to see how many more times you need to do the daily quest.

Opinion: I agree with theories that this is similar to the horde Kua'fon quest chain. OMG Alliance gets a flying mount and Horde only get a wing-clipped pterodactyl?! THE OUTRAGE**until more quests in 8.2** 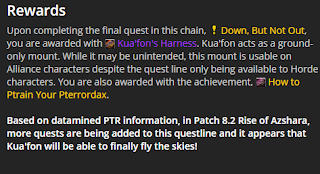 The quest chain will probably be two-part, growing Bumbles into a jumbo-sized bee in order to make her rideable as a mount. Then rep grind to get her into the 'queen' bee role. 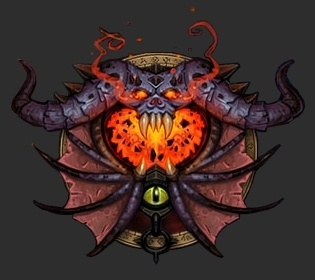 Elgorana, my alliance warlock, hit 120. Over the last week, she's been working on gearing. As of tonight, she is sporting 380 390 level gear.

Finish it off with working on the war campaign. In the last week, I've managed to complete all of the 8.0 content and up to the first rep-wall for the 8.1 content. These quests provide a ton of azerite power. Her Heart of Azeroth has gone up by 20 levels and is now at 43. This means her neck is now at ilevel 413. From 20 ~35, each level only needed 1000 azerite to level. The war campaign quests reward 800 azerite from most of the big 'conclusion' quests.

Opinion:
Most Allied Race options are pointless. When the base character model is the same, except for the skin (eye hair color, etc), the only defining factor between void elf and night elf is the racial abilities. (Yeah, why can't my void elf take on the night warrior cosmetics??). Until we can run around (almost) completely naked, telling the difference between my light-forged draneii and my regular draneii, are almost impossible to tell apart.

Instead. make the allied races use a physically 'different' model than others. Playing my void elf, I am having a really hard time using her racial ability. She's a warlock so has a couple of movement abilities already. I could see it having usefulness in boss fights (send rift out, expecting to move later)