14th Anniversary! I've been working on leveling Elkagorasa a lot during this event. I was able to level him up to 117 within a couple hoursHe's taken a bit of a backseat so far this expansion. RL friends have continued playing Alliance characters. Tank and healer roles have been taken. So DPS is where I stay.

Looking back, it's hard to believe I've been playing this same video game for 12 years now. I am still playing with one of those friends that encouraged me so long ago. Muhan retired a while ago, but  Velares (formerly Wrogh) is active and well.

almost exactly 12 years ago.. When RAF was a 10-day credit for my friend. pic.twitter.com/ZjE6VWRJzq
— Casual Elkagorasa (@elkagorasa) November 5, 2018


I've enjoyed the leveling experience on the horde side. It has quite a different experience than the alliance storyline. Using Azeroth Auto Pilot as my guide (with cut-scenes enabled), I've played through the Nazmir and part of the Voldun stories. (fishing for catfish in Boralus at the same time, sorry if a little distracted). I've run a couple of Island Expeditions but was only able to get a single level, so I am not so impressed with the 'best way to level' argument. 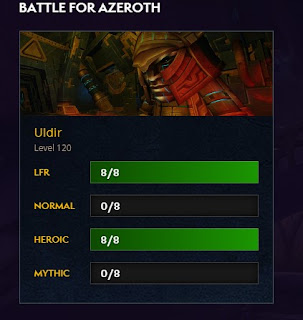 Erlenmyer has achieved AOTC! About a month we started looking for a new guild. Our tank found a home on Proudmoore-US. The three of us moved here and joined the Fluffy Wizard Hat Club. Happily this guild is very active. Tuesday they have an alt/casual raid night starting at a slightly early 8:30PM. As of the last run, Erl has reached his goal of 370 gear score before 8.1.

Unfortunately, this exposed an 'issue'. On the last three fights of this raid, I was constantly getting disconnected. I'll be fighting along, then all the sudden, all the other players will stop moving. Feel like I am in my own Mannequin Challenge. I haven't been able to wait out most of the DCs as it can take upwards of 5 minutes before it actually registers. During Zul and Mythrax, I even had to logout, log into a different toon, wait for the disconnect to register, then rejoin the raid. I think it's an addon (like Details, or parts of DBM), so I've been working to remove a bunch of them but nothing is really standing out as the culprit. Need another Tuesday to come around and attempt G'huun.

With moving to Proudmoore, came a different issue. Gold. My bank toon on Kul Tiras had around 40k gold with outstanding sales in the auction house. So here's my plan: 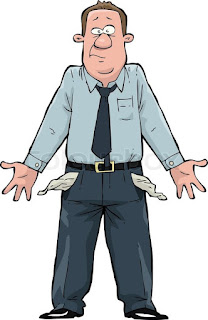 Step 1: I had just had did the quest chain to open up the Dark Iron Dwarves. Created a warlock, trained her in enchanting and ran her through the intro quest chain until she made it to Stormwind. She is now parked in front of the bank/auction house. To fill in, I picked her up 4 of the bags from a bag vendor in town.


Step 2: Erlenmyer ran a number of old raids. Firelands was rather lucrative due to the number of trash mobs. He picked up quite a few BOE items and probably 1500 in gold (looting and selling soulbound items). Then ran Ulduar, ICC, TK, and Sunwell (still hoping for legendary bow drop). At the end of the adventure, I've raked in almost 6,000 gold for about 2 hours of work.

Erl also has been fishing. Since the Alliance is contributing this week to the warfront, Grilled Catfish is selling really well. Now that he spent the 1000g for the level 3 recipe, every 5 catfish are making 10 grilled catfish dishes. He's able to sell these in groups of 20 for about 500-1000 gold! So, fish for about 15 minutes, get 15 fish. Make 30 dishes and sell for 1000! Not bad.

Step 3: With Elrgure sitting by a mailbox in Stormwind, she grabs all the extra loot and attempts to sell them for a profit on the AH. This has been going 'ok'. There's not a big, big market for xmog gear on Proudmoore. I am usually able to refund my deposit on the auction house sales.

If the green items don't sell in a round or two (or are worth less than 100g according to Auctionator), I'll disenchant the items and attempt to sell the dust. Happily, level 20 toons can disenchant pretty much anything. No longer does your bank alt need to be at the same level as your main in order to DE 120 level gear.