- January 09, 2018
Based on the 77 day turn around that Blizzard has been demonstrating on their patch release cycle, 7.3.5 should be dropping into production next Tuesday. With this patch comes the much anticipated content leveling (aka zoneless). BlizzWatch has a great breakdown of the various zones..


Wit this, a few things are going to be a little harder when the patches drop. That 20 minute run through BT or Karazhan (BC) is going to get a lot longer. Unstead of these dungeons being level 70 content, starting with this patch, they will go to being level 80 level content. While still not a big deal for a max level character, it will mean a slightly longer dungeon run.

Farming Transmogrification Outfits
While trying to build an interesting Holy Paladin xmog, I found that I had the shoulders from the Judgement Armor recolor set. This BC dungeon tier set is dropped from many of the BC dungeons. My priority for this outfit will be the legs and chest. I am not so concerned with other items (hands would be nice, but at 15% drop rate, that's not favorable odds..) As my paladin is a boosted character, I must have got the shoulders as a timewalking drop. With the BC timewalking, I've been through most of these dungeons at least 4 more times.. So, I am less than excited at my drop rate prospects. 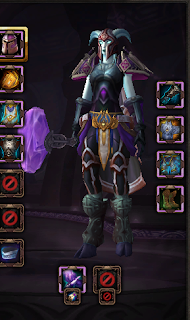 Update: Last night, I ran all but the last dungeon. It took about an hour to complete the 6 dungeons. As this is all level 70 content, I would run into a room bring the chain along with me, turn around and one shot the crowd (ret artifact weapon or aoe). About 40 minutes into it, I ran the weekly event with the guild (4 mythics trying to get as many achievements as possible). Then came back in prot spec to run Shadow Labyrinth. (It's awesome fun when your shield bops 5 mobs and manages to go around their pillar). During the run, I got the gloves and chest. BC dungeons are on a 10 hour reset, so I should be able to run them again tonight..

Update 2: I want this sword. Now need to start running Classic Karazhan. The sword, Despair drops from the Opera event. Unfortunately, it doesn't have any drop statistics.. At least, I could run in right before my next Mythic Lower Karazhan run this week.. :) 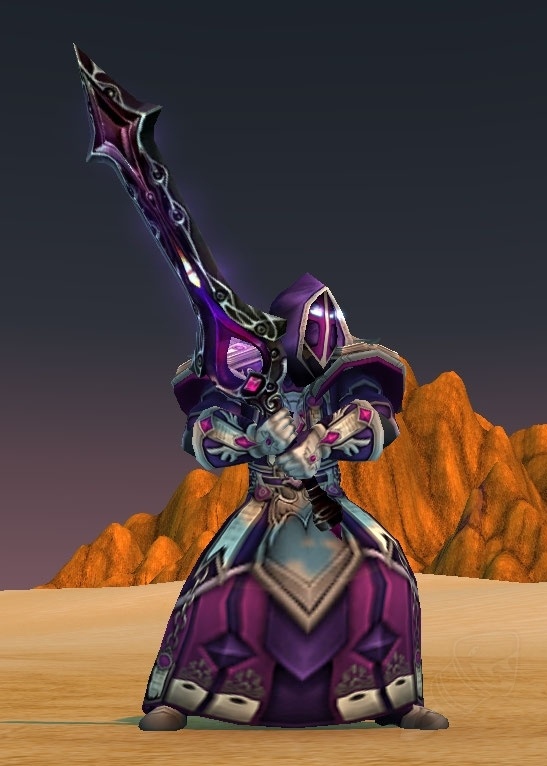 Update 3: 7.3.5 dropped while I was on vacation, then recovering from the flu I caught while traveling. Looking through my list, I am down to the 3 items in Zangramarsh, helm, pants and (possibly) the belt.

Update 4: Pants dropped on last run of the dungeon. I still officially need the helm as it would nicely complete the set, but I am not too concerned.. Tried healing a BG the other night and it went miserable.. Maybe paladin healing isn't for me..