Complete Antorus raid on normal or better with dedicated group of players. Looking for a team who raid between 10PM and midnight PST.

The main reason I haven't raided regularly is my RL time limitations. 10PM is when all three of my kids are typically in bed. My oldest is usually in her room, youngest is just getting to bed. Sadly sometimes, I get on at 10:30pm, because of some extensive homework assignment, or last minute grocery store runs for the next day.  This has typically delegated me to second tier raiding.

Still interested?
Friend me on Battle.Net. When you see me on, and you need some help, let me know. This goes both ways, we're actively looking for 2 dps who want to run Mythic+ dungeons, and understand 'explosive'. (41+ deaths in mythic +8 EYE because pugged DPS weren't "KILLING THE BALLS!".). The guild has 3-4 active members and possibility of 6 people who would love to raid Antorus (methodically, not just steamroll via LFR). You have a small guild also and need to fill some slots? 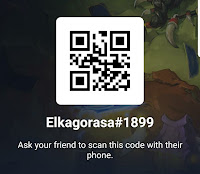 Last note: If you friend me and see 'me' active before 10PM, it's possible that my 11yo son is playing on my account. He has a demon hunter name Dingo, that he plays.
raid