Topic 2: How has WoW changed/impacted your life?

How has WoW changed my life? 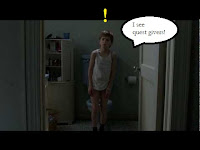 First off, I can't seem to go anywhere without seeing little yellow exclamation marks over peoples heads. They're everywhere!?! I am headed to the grocery store and the girl scouts are out front selling cookies. All I need to do to complete the quest is give 5G to buy a box and I get +10 Troop Girl Scouts rep and +10 Some_Parent_In_My_Town rep. Never know when that will eventually pay out, probably middle school. 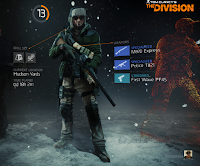 The crappy end-game content in other video games, keeps me coming back for more. During each WoW expansion there comes a lull. Friends are calling me to come play the latest co-op FPS and blow up some bad guys. For many, many games they have a great story, lots of lore, but absolutely die when it comes to end-game content. You've reached level 30 and completed the story, what now? Run the SEWERS AGAIN! Or pay to go kill world boss AGAIN?! WoW has made it impossible to really get into ( and stay playing) any other video games.

On the other hand, when I do have the opportunity to play a different game, I am often wow'd by the differences. Warcraft has that cartoonish feel to it that you don't really ever see with modern games. The visuals are such that it looks fairly similar to game play from vanilla. WoW has also stayed away from very dark themes. The blood splatter factor is really low and comically simple. Then you go play a game like BioShock Infinite and fight bad guys the blood splatter is real.

Its All About the Cheese!

After so many years of immersion into this world, I started seeing things as feats of strength. Look at that guy, he's standing on top of that car while it's driving down the road! [TEEN WOLF] Look at her wearing that high school mascot costume at the grocery store! [COSPLAY STAR] OMG, that family also has 3 kids and they're all fitting in that SMART car!! Meta achievement, kid lost another molar.

Gaming vocabulary has a way of mingling with RL. I really need to watch it when talking with non-gamer family and friends about not using gaming acronyms. "Going to grocery store. PST if you want anything." PST??!

? Go to grocery store, locate new dinner recipe and come home with only materials and no box of cookies. 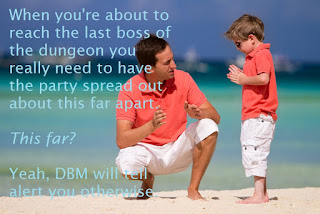 I started playing WoW about 6 months after my son was born. He has seen me playing video games for all his life. As he has gotten older, he's gone from Minecraft and Mario Kart to more 'adult' games that I currently play. While I am not about to let him play a FPS (quite yet), I am happy for him to play WoW. This game gives us stuff to talk about. Hey dad, I ran this dungeon today and got so-so loot. Or questions about how to make money in game. I believe it's playing games, and sharing that interest, that he's starting to watch other things I do. Work has me developing scripts for various processes, and he's now showing interest in the same  thing. He's picked up books at the library to learn to code video games, which I am really excited about.

An important part of a happy marriage is a good understanding of each other. Communication, compromise and compassion. If I do not communicate with my wife that I plan to raid this Monday night, and have her compromise in my not doing the dishes until the next morning, she will not have compassion for my gaming night. :) We've had to re-learn this over many expansions (busy start to mid expansion to slow end of expansion).  This is part of the main reason, I don't start playing video games until after the family is in bed.

My friends (aka guild / raid group), who used to be more serious raiders, have also compromised to my more casual play style. They've (thankfully) adjusted their schedules to play starting at (or soon after) 10PM locally. LFR has come a long way to playing late at night, but nothing beats playing with RL friends (and then sharing the sleeplessness misery the next work-day). 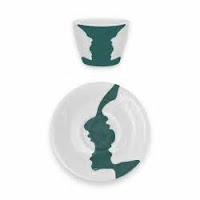 Warcraft is that odd conversation topic that comes up at random times. I am really surprised when I find someone else that plays or has played Warcraft. In the office I often have a screen on my PC dedicated to Warcraft (blogging, youtube videos, wowhead). Outside the office, I don't sport anything as blatant, but still manage to find you out there. For example, I was at the Comcast store the other day working to renegotiate my service plan. While there, the sales(?) guy, Colby, asked me what I use my Internet for.. Oh, video games, working nights from home, streaming netflix, etc. That spawned a 10 minute conversation about what classes I enjoyed played, how I was liking the current expansion and so on. I get the feeling the guild may have a 'new recruit' soon, or at least, another player looking to run TW Black Temple with us.

Warcraft is ultimately the reason I work at this blog. I've got a few other places I post, but nothing with the creative flair and energy that I put into this blog. My original intention was to post the results of my research acquired while sitting in the office. (i.e. lunch break). Hey, I haven't seen this posted anywhere else, and I am working on it... As time went on, it grew from beyond mere novelty to labor of love. The community. The involvement. No other game that I've played has the enormous active community that WoW has. (Not that I really looked either). Now with subscription sites like WowHead involved and numerous, very prolific, YouTube streamers, there's infinitely more information from less people. Less 'homegrown' content, but I still feel that there's room for all our little warcraft blogs. I have that occasional 1000+ reader post, among my typically 50 reader posts.. ((Thanks for reading!!)) I hope you keep coming back. I promise, no ads and no (too far) off topic posts (As long as I play Warcraft, I'll post here). 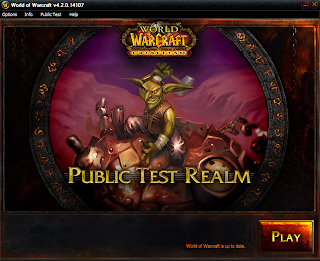 Warcraft has been a part of my life for over 10 years and has impacted my life in ways that no other virtual content has. I've formed friendships over battlegrounds, shared excitement over a successful defeat of a boss and even had that watercooler moment discussing the changes from a patch.
ZandCinder