Something's in the air, but it's not love. 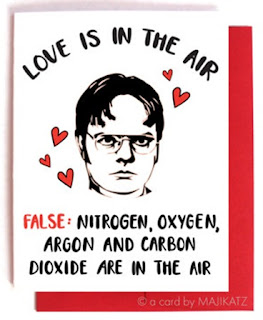 Ah February. Love is in the air. Those heart shaped chocolates. The exchanging of sappy cards and trinkets. The endless grinding the apothecaries for a mount with an insanely low drop rate. Ah holidays..

So, Elkagorasa has been taking a bit of a holiday. He's gone back to Pandaria to do a little recreational activities. He started the adventure hanging out with Nate on his little floating town. Elk was already honored among the Anglers as being a decent fisherman. Getting exalted meant hanging out for 3 different adventures each day. These trips ranged from fishing up garbage (player competition), killing puffer fish, and collecting the clam meat. The 'worst' was fishing up a piranha from the rivers. The oddest was fist fighting a shark. (spam #3 on cooldown). Those goblins loved sending him to 'blow-up' things, but usually he would just DOT everything up and watch it die quickly. At hitting Revered, Elk picked up the Angler commendation, basically turning the Revered -> Exalted run into the same number of trips as Honored -> Revered.

After the two weeks, Elk was getting a little bored. Too much fishy smell, and those darn lizard men kept stealing his breakfast. So he moved in with the Shado-Pan down the coast (which at least have a tent for him to sleep in vs those anglers). Shado-pan live in the last leveling zone in Pandaria so Elk barely visited here. Even so, he's only been there one day and up 2k rep (or 6k/12k honored). Most fun quest so far required Elk to use a grappling hook to serpent surf between brainwashed flying serpents and bash their senses in. At first he was dropping back to ground each time, until he realized he could simply hop to the next serpent. Plan is to reach exalted and pickup both the onyx serpent and blue tiger. Only worry, Elk still is only friendly with the Golden Lotus (a former rep-gate faction), but I don't think I would have gotten this far if it was still an issue.

ElPlato is working hard. Now wearing average 860 gear on all three specs. (I do have to say that multispec gear is awesome Str <=> Int). Ret and Prot gear is about the same iLevel right now. Retribution is really powerful when running those world quests! Prot is fun when doing those warden dailies because she's virtually invincible (letting someone else burn them down). She's tanked 8 different mythic dungeons, some done more than once (Karazhan attunement for 6 people). Still haven't done either of the Suramar dungeons or Karazhan yet. At this point, everyone is attuned for Kara. We're just having a hard time coordinating three hours with everyone. It's a long enough dungeon, 8 bosses, that pugging the last 1-2 slots doesn't sound ideal. We are happy to hear that you don't need to all be on the same server/realm. We've pugged a number of mythic dungeons pulling DPS off the group finder tool. Friday night we even managed to grab an 890 shadow priest for a run of Mythic Halls of Valor. WoW that DPS was outrageous. (it probably doesn't hurt that the rest of the party has gone from 830 -> 860 also). We even picked up Surge Protector during the run! Yes, I am probably partially at fault. 10PM is hard for some of my guild to still be awake.

Until we can coordinate the time, there's still plenty to do. Suramar. Probably the biggest max level questing zone we've had in a long time. ElPlato is down to the last 2 quest chains to get Good Suramaritin. Just picked up "A Growing Crisis" start last night after hitting 7000:21000 revered.  Once I complete these, I'll have officially completed Legion Pathfinder Part One (combined across both toons; ElPlato still needs to go back and complete the Val'sharah and Stormheim quests).

As ElPlato is a boosted toon, her wardrobe doesn't contain any of the early content quest items. Sure, she has the cosmetic items I picked up in my horde warlock garrison. She also has a few items from 1-40 as I leveled up, but nothing between then and now. This has me looking into old raids and dungeons for possible xmog items. So far, she's either solo'd or ran with a small guild group: I've also poked my toe into Hellfire Citadel, but only the first 'boss'. I am looking to solo/small guild run it for the Glory of the Hellfire Raider mount. I'll update this (below) as we progress. Here's what I found on WoWhead and youtube for all 13 achievements:


Overall, it looks like 3 fights will be difficult to solo, Give a test run later this week and we can see how it goes. Hmm, besides the obvious achievement names, let's see how many I can find references to in pop culture.

The land was green and good..


Non-Lethal Enforcer - came up with this old Nintendo game..


Get In My Belly!