- February 09, 2016
Last Friday was payday, which meant, I pre-ordered Legion. It was a difficult decision because I really wanted to purchase the Deluxe edition and get the mount, but I stuck with the chipper chicken. The biggest perk of pre-ordering, personally, is the boost to 100. Friends/co-workers had been bugging me for quiet sometime to level up a toon so we could do 3s arenas. Being they're on a PVP realm, I thought this was a perfect way to not have to quest! :)

A few months ago, I started leveling a hunter. I figured this class would be an easy compliment to warlock DPS; ranged dps with a pet. What's not to love? Not to surprisingly, I loved the game play, now that I can shoot and run at the same time. Erlenmyer (yeah, misspelled) made it all the way to 27 using heirloom gear, plus any xp bonus available (wow token, dark moon fair, etc.). I was able to top the DPS meters when running those dungeons rather easily. Unfortunately, no amount of bonus XP was going to get me to 100 quickly. I still easily had 2-3 days worth of game play to get max level.

To the boost button!

Instantly now Erl is a 100 beast master hunter. He's fully decked out in full ilevel 640 trailseeker mail gear. Garrison is already at level 3, and I have 3 buildings already built (storehouse level 2, leather working hut level 2 and garrison level 2). I have five 22 slot bags, 8 followers, 500g more and 500 garrison resources. My quest log has been cleared and now my only quests are to open Tannan jungle. No legendary quest. No proving grounds quest (which wouldn't really matter). Not even the starting quests for the Shadowmoon. With BOA Baleful tokens, I was able to send cross-realm eight tokens to my new hunter and quickly replace five of those items immediately (gloves, belt, legs, helm and shoulders).

Here's a great opportunity to fill in those remaining slots! I'll queue up for a few dungeons and get some much needed 660 iLevel gear. Sadly, no timewalking the first 24-48 hours of boosting. "You need to be level 85 to run these dungeons". Really embarrassing considering it let me sit in queue for 20 minutes waiting, joined me to a random group, but wouldn't let me zone in. Instead, I decided to work on my legendary ring quests and start collecting PVP gear.

Can you believe 1-shot bronze, 2 shot silver? A good portion, as I've found is all about the place, the place, the place, not the DPS. It took me two tries for silver because I hadn't researched what a hunter interrupt was. Hunters are quite a bit more moveable in their DPS and pet damage feels better than warlock.


This 8 minute long video includes the last fight of Bronze, then both my first and second attempts at Silver. I've edited it a little to speed up the failed attempt, and those dreadful moments where I've killed all the mobs and need to wait. 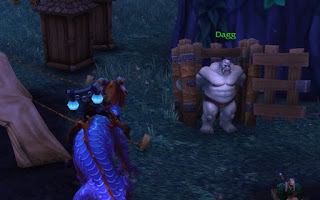 So, here's dilemma one.

8 followers is not enough to seriously run the garrison. I can't really fight all the fights, so I pull up a guide on WowHead.com, 17 (Alliance) followers in 2 hours. Frustratingly, the first two followers require that you have done all the questing and opened up each of the phased zones. I can just see this happening with ALL the rest. I decided to come back to it a day later. Found just the first two followers are quest based and the rest you can simply encounter in the wild. I even braved horde territory on this pvp realm to pickup Dagg. Right in the middle of the horde starting area. I now have 21 followers and have to bench one!

You gave me this fully built (level 3) garrison, but didn't give me the resources to complete my buildings. IIRC, when I hit 100 on my disc priest, I had enough resources stored up, that I could immediately build the 3 new plots (one small, medium and large) you get. So I've ran dungeons, did some of the Tanaan quests and now have enough resources, only to find out that I never needed them. Building all three shops required only 200 garrison resources. Sigh, they'll be done when I logon next time.

The Reason for Boosting is PVP.

Saturday night, I started running Ashran. This is my first real experience with this PVP zone, so it took some time to get used to it. IDC ran me around for about an hour, pointing out the basics. The primary requirement simply appears to be a good leader and responsive team.


So far, just through a few hours in Ashran, I've managed to acquire 90% of a PVP set (still need one trinket, one ring and bracers). In fact, AMR is telling me five of these pieces are better than the i640 boost and i657/670 baleful gear that I own.

This got me thinking, can I use AMR to pick my PVP set? I found on Noxxic a good stat prioritization for PVP BM Hunters in 6.2.3. This is quite a bit different than the AMR PVE priorities
Unfortunately, I am not seeing any consideration for set bonuses, and I do think the 4-piece bonus for diminishing returns on CC is useful. Therefore, I may have to do this on my own.

As a long term horde player, I've never really appreciated the alliance aesthetic. The human buildings are complex and interesting. Horde is simple. For example, horde in is like a giant Mickey Mouse head. Stairs lead up into the 'chin'. The mission planning table and shipyard (@ level 3) would be his eyes in the center room; the garrison planning table right ear, and relic room left ear. Flight path would be on his left shoulder and garrison resources pickup on right shoulder.

Alliance Inn is like traveling into a little maze. You enter the foyer, wave hi to the garrison mission character (Jones, SI5), run down the hall, make a left, run passed the vendor, make right into dinning area, jump over table and then run up a short flight of stairs to the garrison table. My shipyard is still only beginning, but I don't see where that table would even fit. If this was my house, I'd open up one of the windows in back and be able to run around to my fishing pond with a short flight out to the shipyard. Top it off, the alliance flight master is down the stairs and across a courtyard, whereas the horde flight master is right outside the front door (left shoulder?).

Now, while this could be very nice for RP, I don't find it as fun when all I really wanted to do was send followers out on a mission.

(been working on this way too long - Save - publishing).

Overall it's been a fun endeavor. I am happy to be getting back into arenas. We tried a few last weekend, died quickly each time. They both had a few alts to attempt running through, so we got to see what 3 dps (rogue, shadow priest, bm hunter), and 2:1 (frost mage, bm hunter & restro druid) looked like. The second combo was a bit tough as they are still leveling up gear on these toons. I couldn't shuffle around yet with my only one 100. Maybe before Legion??