All across Azeroth, warlocks are looking up to one of the most influential warlocks of our times, Gul'dan. His influence has been felt for several expansions and even plays a major role for the next years to come.

Elkagorasa has started collecting pieces to put together a similar set. Here's where he's at so far. 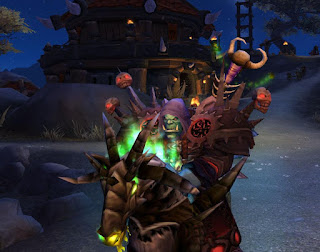