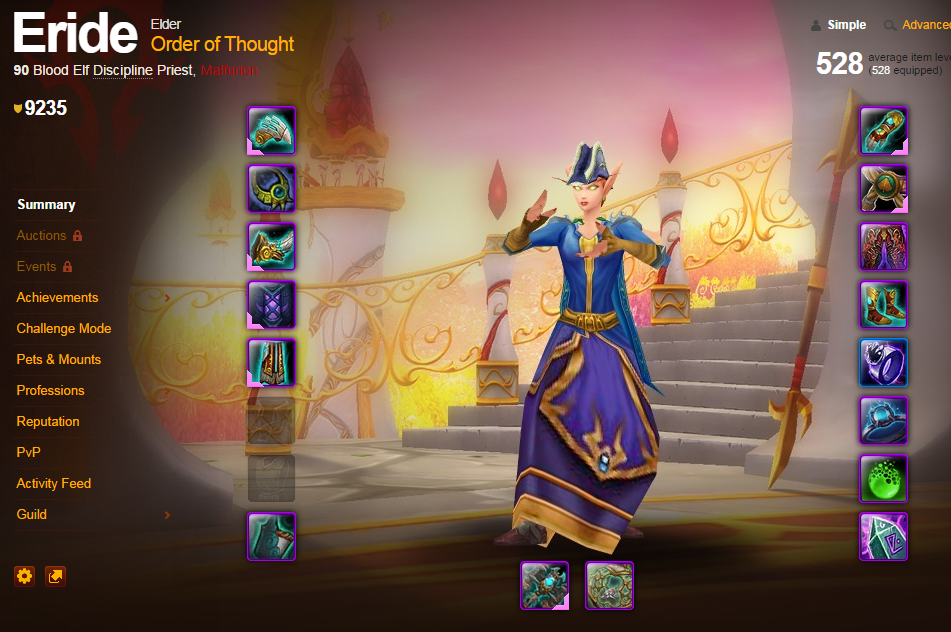 Last night, I decided it was time enough for me to run my disc priest through the new patch content. Solid in her LFR gear, I believe she was totally capable of running a lowly dungeon. I am also aware that people have had issues with healing other content, so I am cautious about what's ahead. So I queue up and almost immediately immediately land in a group.


At this point we start losing players. DPS is replaced, tank sticks around for maybe one or two more wipes. One time, I took two seconds and ran back out portal and repaired. 200g. Gear was at 0%. Ouch! We never killed the second boss, before they get tired of my (lack of heals) and give up. 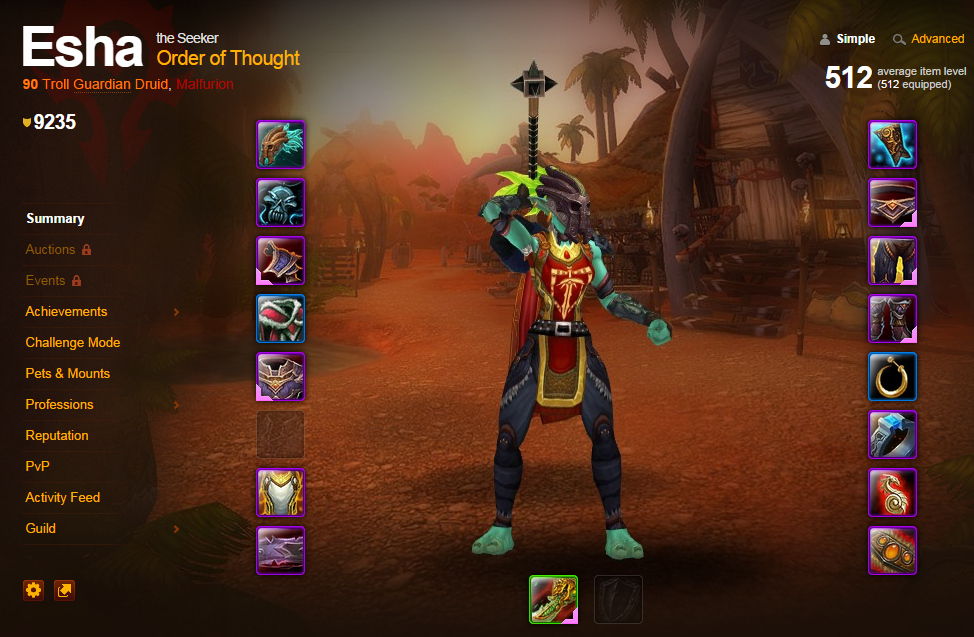 At this point, I am so devastated by my lack of healing ability, that I hearth home and log out. (takes deep breath, doesn't send nasty gram to Blizz complaining about nature of healing post patch, sigh, thinks maybe everything will change when they rebalance stuff in coming weeks). Logon to Druid, start feral build and start running new area. Druid's gear level is only 508, so can't queue for revamped UBRS. Esha runs through all of the Iron Tide quest chain and is 512.

This time, instead of just hopping into the dungeon, I check AMR for help. MrRobot suggests all sorts of gem and enchant changes. I go through each of these (spending most of my valor cash-in) and purchasing them off the AH. (What sale prices!). This time when I queue, I start right after boss 2. They're already upstairs, about to pickup the the trash outside the arena area. I overpull the room and die. (sigh). Ok, I just went through this, slower pulls, smaller groups. Healing is able to keep up and I don't die. Make it to the final boss, Tharbek. I die, in all things, because of standing in fire. Yeah, flaming sword of whirly-ness. One of the DPS says, "hey tank, move around to use the defenses". At midnight, the first thing I think is, oh, this is like Violet Hold and how you can click the sconces to trigger an electrical storm, killing all the little water elementals. This generated a few LOL's in game as they basically told me not to stand in the fire.. Second attempt, I moved out of the flaming sword, and we killed the boss. No drops.

After this run, I went back to AMR, and checked out the optimizations suggested. Oh my, everything stunk. Eride is an enchanter, so I purchased a large stack of sha crystals and re-enchanted almost everything that can be enchanted (main hand, chest, wrist, back, gloves). No rings. Running the Best In Bags option, I was informed to swap out my wand for the mace. I was surprised to see AMR suggesting the older Horridon's trinket over the new Ironmender's that I picked up from the IT quest line. Maybe I should have picked up the +Int trinket?? According to the calculator, it's only a 7 point difference, so I guess it really comes down to gaining mana or gaining mastery?

Deciding to go back to basics, I checked the "you should already know this" tab in the talent UI and realized that I missed my number one aoe heals for priests. When used on myself, this returned 5000 health, plus a quick cast time, i should have used this instead of the generic heals.

LFR, here I come. Next time I logon, I am going to test my current gear and build on an unsuspecting group, not the close and personal 5-man dungeon. I want to see (via Skada/Recount) how my heals are compared to others..