Closing in on DO Revered

- April 10, 2013
Last night after running my scenario-dungeon-raid run, I decided to work on opening the Shado Pan areas. (There's a rare that npcscan keeps finding in the area bordering HalfHill that I can't kill because of phasing). Along the way, I picked up a quest that granted me (combined) about 600 Dominance Offense rep. Looking at WowHead, I see there are 44 non-daily quests that grant DO rep. 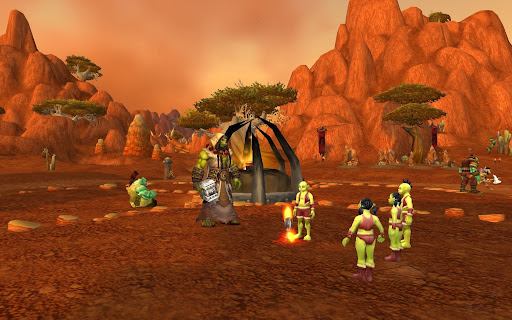 There are some interesting quest lines hidden here under the "Pandaren Campaign" catergory. For example, there appears to be a defunct series of quest that involve finding Thrall. The comments all are listed as "Out of Date", so I am wondering if this quest line even exists in production? If not, maybe it will be used to further the 5.3 story-line?

Update: OR, I just needed to go back to the Dominance Offense front and find it. Picked it up, found Thrall in the Orc starting area and then slaughtered a ton of Kor'koran.
questing