I am King of the Spider Hill 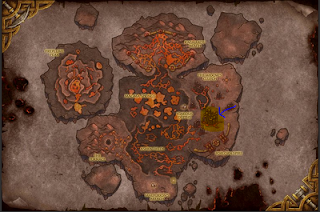 Last night after completeing my Firelands dailies for the upteenth time, I decided to take on one of the "Flamebreaker" achievements. King of the Spider Hill has you go out to the Widow's Clutch and use the spider's ability to pull you up to the top of the hill.

The hardest part of this achievement, is finding where to where to start. You need to have line of sight with each of the spiders to get them to attack you. I found two spiders around the back side of the largest rock both fairly low to the ground. Both are on large platforms. I started with the guy on the right, and then worked my way around the spire.


From that first vantage point, work yourself clockwise around the spire. I was able to make the entire progression in about 7 different hops. 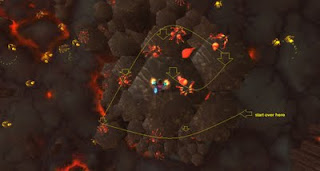 From the top, it all seemed fairly obvious.