IT: Breaking the rulez...

I just finished listening to a fun little audio book drama. The story which, isn't safe for the mini-van, has a strong female character, a good dose of humor and is wonderfully put together with numerous voice actors. At the end of the book, the main character states that (I shall garble it up...), if don't break the rules, those who make the rules are in control, so break the rules and be yourself.

This got me thinking... <scroll idle thoughts logo>.. (pressing a little harder on accelerator ).. I like to think of myself as an individual. I play a warlock, the loner class of WoW. What are a few rules that we can break?

I know, I know, some dangerous rule breaking going on. I gotta watch out, Blizzard could catch on, and like nerf my class. What sort of rules are you breaking? Or would you want to break, but need the peer pressure?? 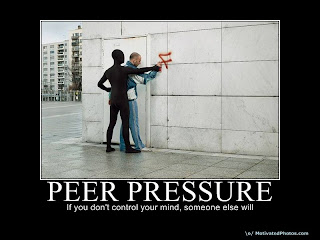