This time, I leveled a druid. 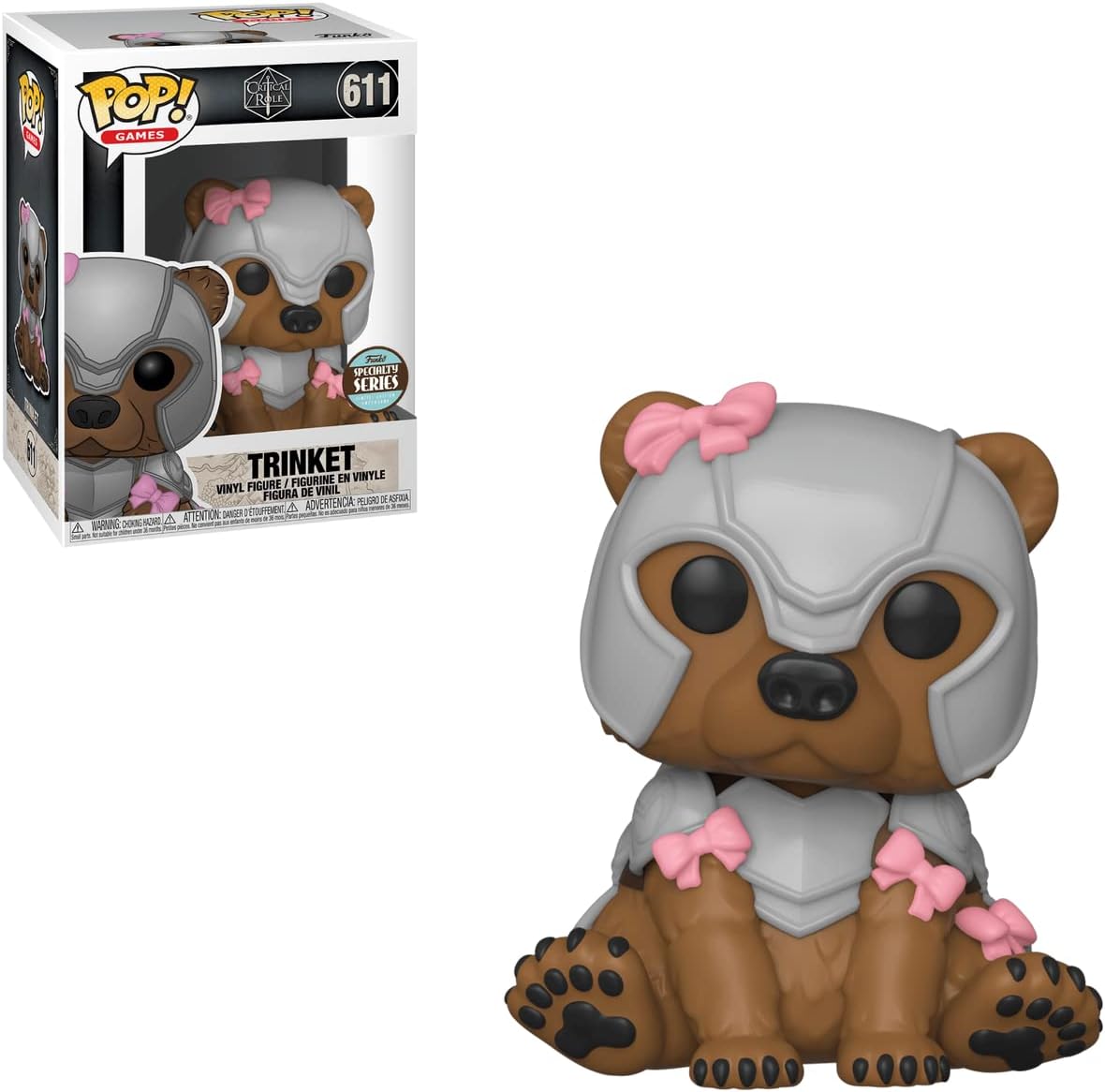 This was a really fun change of pace, being able to swap between melee, tank, and ranged DPS as necessary (except for this one time, tbd later). Even better was jumping into cat, or travel form when inside and couldn't normally mount. Travel form magically upgrades right before (like at 38 instead of 40) learning the newest riding speed, so always fastest self-running.

Leveling gear consisted of all leather-agility-haste, heirlooms where available. Upgraded a number of items to the shadowlands editions so that I could continue getting heirloom benefits up until 50.  Enchants were a bit more pragmatic. I was fine spending a bit of gold on a leveling enchant on an heirloom item. I was not fine spending that same amount on a green leveling item.

For leveling, I followed Azeroth Auto-Pilot and played through WOD content until I got to roughly 30s. At this point, I flipped over to Legion leveling and followed the Valshara, then Azshara content paths. My intent was to hopefully complete enough of the questline to get my druid class mount. With legion time-walking going right now, it was never hard to get a group to run dungeons. This was going great, opened my class hall, got my feral and guardian artifact weapons, then started progressing through the quest chain towards the mount. Using the Wowhead addon and uploading my quest completion worked until about the first dungeons that I needed to run. Wowhead says I haven't completed beyond step 30 yet of the Class Hall guide, but I just completed collecting the 10 shards needed for step 40. The three blood of sargeras still eludes me. Spend 5000 resources in my class hall, run a dungeon or do a 'calling'.

CON to this path is that it's level-locked about halfway through. You can start the class hall campaign at 10, but you can't start step 30 unless your level 45. The quests don't even show up in the class hall at all.

Instead, I found the addon BtWQuests extremely useful. It is correctly showing what quests have been completed and what still need to. In addition, it has ever-expanding info on the quest chain-breaking it down into a nicely formatted tree. 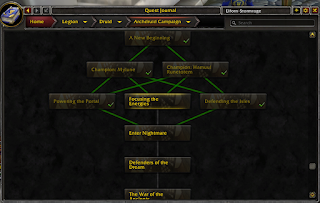 Threads of Fate: 48-60
Starting into Shadowlands, I tried to use as many of the lore skip options as possible. As I was running AAP at the intro, it auto-selected the 'show me the story' for the maw intro. Or maybe, as I learned, I couldn't skip the intro because I was 48 and it would only let me skip as a level 50 character. (odd..) As I knew I wanted to Convoke class ability, I went straight for the Night Fae (again). Previously, Threads felt slower than just following the story quest chain. This time, when running, I filled completed the requisite quests in all 4 zones, completed the new PVP (win 1 BG) quest, and completed the daily torghast quest chain in addition and still was only level 58-59. One nice to the Torghast daily quest is that it rewards 160 soul ash. When I reached 60, I had enough ash to purchase a rank 1 legendary. I still need the BIS memory, but that looks like it drops from Coldheart rank 3; which should be fairly easy, especially as a bear. Overall, it was a nice experience leveling this alt via the threads of fate
path instead of following the same story path again.
Shadowlands: Lesson learned - If you have an alt that has 80 renown with any covenant, any of your alts can purchase a BOA token to grant 40 renown for a measly 500 gold. I didn't find this until I was at 7 renown with the night fae on this alt. Using this item, bumped me up to 40, wiping out previous progress, and I was able to keep leveling my renown up to ~50 by the time I hit level 60. I don't know if 50 is the max possible, or if I could have gone further.
Max level gearing: Using the WoW-Professions leatherworking guide, I maxed out my skill and made a bunch of crafted gear. This was helpful, but not. As this is a new toon, they don't have any of the rep to purchase the recipes for the higher rank crafters marks. So I was able to make a bunch of 160 level gear, but nothing higher. I purchased a few items off the auction house at 200 level, then ran through the quest chain in order to open Korthia (at 40 renown, it's just a matter of finding the right quest givers).

One thing I wanted to do early on, was get rid of the stag travel form. While looking for how to change this to cheetah, I found a whole collection of other form options. Most of these are sold on the auction house and once learned, you can swap between forms at the barbershop like hairstyles. My current favorites are the cheetah, tideskipper, and raven. The bat forms (and maybe moth) are as big as the respective covenant taxi mount and felt slow flying. The raven is small and feels very quick to fly in. The tideskipper is fun to jump out of the water and do dolphin things. Jump high enough and you turn into a bird.