August Update: My Orc Wants A Tattoo Too!!

- August 19, 2016
Monday I finally got a chance to logon and run Elkagorasa through the new pre-patch content. Horde side, it's rather distressing to watch all the chaos in the event. My priest even considered levitating down to the Alliance to help them out.. (invisible wall). I did find the final horde cutscene awkward in that Vol'jin looked like this guy.

I do like the direction, so far, of what I've seen. At max level, wearing lfr gear, the demon invasions 'hurt' but I am never really worried about dying. On the final 'boss' fight, I've been killed due to aggro, but that's after all the tanks died. The rewards are fairly nice, with a gear piece dropping pretty much each time. Elkagorasa has gone from roughly 700 gearscore to 703, and Eride (priest) has (after only one event) gone from 698 to 700 gear score (2 i700 items, one warforged 710 item).. I am hoping to run my max level alliance hunter and my level 94 monk through the scenarios as well. I want to see the entry area from the alliance perspective. Pre-Tuesday, I've heard of one level per invasion XP increase. Since my monk is still mostly decked out in heirloom gear.. :)

I then decided to spin up a demon hunter. Please welcome Ellidari (the Illidari). The demon hunter quest chain is interesting. I think it feels a little bit like the death knight chain, except without the awkward, go kill 30 villagers to prove your worth to Arthas quests. Instead, it feels a bit more like a low-level boost, in that you only get one spell/action at a time. One or two quests so far have been "Go do ___ and so you can learn this ___ from ...". Overall, I think DH game play is fun, Double-jump is nice for getting over barricades. I'd be curious how the Nagrand jumping puzzles would be with a DH. (Can I even open a garrison?)


My biggest complaint?? Tattoos. You spend time picking out what your character is going to look like, Loved the silver colored tattoos as they looked less 'fake'. Except, sort of like a druid, you don't actually get to see those tattoos. Once start upgrading gear, you quickly get clothes with arm and shoulders covered. That doesn't stop me though, from wanting my Orc to get tattoos. How about PVP related, or achievement markers?  Horde symbol on my right bicep, guild symbol on the left. 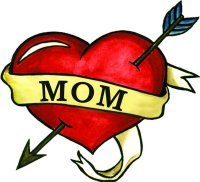